Too Much German Renewable Electricity?

Soon renewable energy will be the largest slice of the overall electricity cake. And it is only 2015.

High electricity prices doesn’t stop Germany and Denmark to be among the most prosperous countries in Europe.

[collapsenet.com] – Germany Struggles With Too Much Renewable Energy?

What we love about the project are the video and music, but that’s about it.

Last year we reported about an Australian company promoting the design of a solar downdraft wind tower and expressed our skepticism regarding the energy efficiency of the project:

To our amazement, Environmission reported that Texas agreed to invest 1 million $ in the undertaking.

Not in my Backyard?

If you have a pessimistic outlook on the sustainability of modern life, the logical step to take is to consider what you can do to minimize the effect of the coming contraction, whenever that may come. It turns out that there is a lot you can do with a typical modest sized Dutch backyard of 130 m2 in the middle of a mid-sized town, without drastically altering your life. Putting your money where your mouth is: this years potato harvest. Weed-picking effort: zero. Last year’s three rows were enough for meals for a month; this year fifteen rows were planted.

Take the trouble of making three 5 cm holes in the ground, put a bean in each and three months later you have a one-person meal, it is that easy.

In order to prepare the backyard for both food and energy production all the trees were taken down earlier this year:

To ensure that every sun ray will make it to your garden and solar panels unhindered some 10 smaller and larger trees needed to be felled. Professional help was required to prevent trees crushing into the roof of the surrounding houses (cost: 450 euro + two seasons worth of firewood).

Next the remaining tree stomps need to be removed so every inch of garden space can be utilized for food production (cost: 250 euro).

This is work in progress. Available arable land: 100 m2, the remaining 30 m2 are terrace. Currently in food production use: 30 m3. Next year all 100 m2 will be used. When the harvest is done, later this year, ca. 10-15 m3 sandy soil will be replaced with an equal amount of compost and high quality gardening soil; will cost some 800 euro including transport. This should enable growing more difficult stuff like beets and onions, but that are also easy to store, just like potatoes.

Perhaps raised beds later but not made from wood, as that rots away in a couple of years. Plastic/synthetic planks could be a durable alternative but are 3-4 times more expensive than wood.

According to government sources an adult persoon needs 400 gram vegetables and potatoes per day, that is 150 kg/year or twice your body weight.

In other words: 100 m2 is enough to feed two persons (an accepted figure in the literature), certainly if you start early to achieve two harvests in one season. Just like humans are born in every season, so can plants, provided the temperature is high enough.

The difficult thing about gardening is not so much growing food, but getting it eaten as well. Planning/timing/disciple is everything: sowing, harvesting, storing and consumption.

That’s where this high quality German-made no-frost freezer comes in (Bosch) with the highest insulaton rating (A+++) with a corresponding extremely low electricity consumption of 201 kWh/year, an amount of electricity that can be generated by a single standard solar panel of 100*160 cm under Dutch conditions (not exactly the Sahara). Price tag freezer: 848 euro. Volume 360 liter, enough to bridge the winter. Can deal with grid down times of 25 hours. Already looking forward to deep freeze beet (borsch) and onion soup as well as traditional Dutch stew ‘hutspot‘ (potatoes, onions and carrots).

In the pipeline, exactly this: 30 m2 multi-purpose glass house for capturing passive solar energy (dark wooden floor), for early cultivation aiming at two vegetable harvests per season, fitness area, lounge area. Cost: 15k euro. In the summer the roof can be covered with additional solar panels (10 panels for 200 euro each) to gain feed-in credit points with the grid operator to use electricity to drive a heat pump in the winter.

Start making an inventory of your electricity needs by using a 15 euro device like this one that measures voltage, current, power, as well as (most important) cumulative power consumption over any period of time: 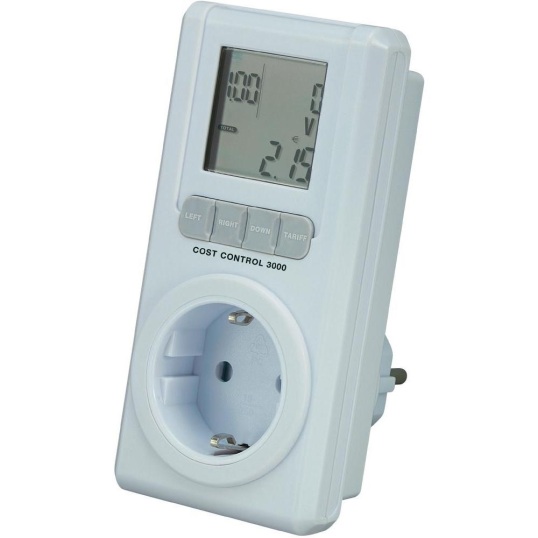 Further saving potential of more than 100 kWh/year exists by exchanging the old fridge for a new one with a power consumption of merely 65 kWh/year.

The limited available roof space will allow for ca. 2500 peak Watt which translates under Dutch circumstances to ca. 2125 kWh/year, which is more than double the amount needed as listed in the table. The remainder can be used for instance to power infrared heating panels, to be installed straight over your working table for very focused warming:

This will all be realized before the beginning of the winter. Additional measures: adding an extra thermal insulation layer to all the curtains. Test claim reduction of heating cost of 46%. Also the living room of 10 * 4 meter can be split in half by a thick curtain, allowing one of both central heating radiators to be switched off during the long dark winter evenings.

The garden has a palisade oriented towards the south-east, offering further 16 m2 of extra space for hybrid solar panels. No specialist needed to install them. The hot water from the hybrid collector can be used to heat a ‘sack of water‘ in the crawl space (Dutch: kruipruimte below the living room) to serve as the cold side for an electric heat pump..

It is a very well possible to turn an average Dutch home of 250k (2008 prices) into a ‘food and energy production center’. The only outside help you still need is the grid to even out seasonal supply & demand fluctuations. The grid as the kWh bank so to speak. 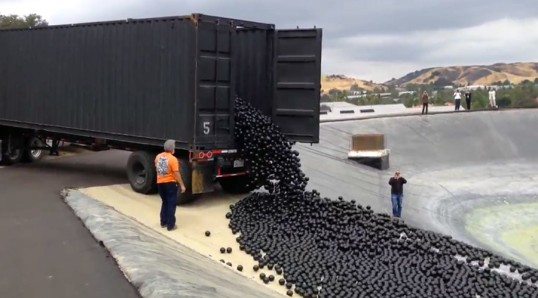 [source] There’s a lot of space and sun in Utah

The project is now under construction and fully financed with an expected commercial operation date of mid-2016. 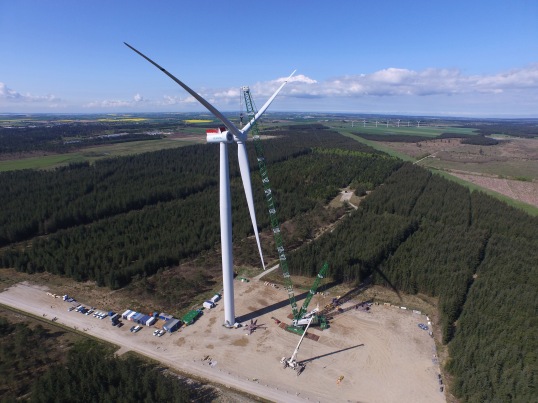 In May, 2015, the first prototype unit went into operation in the Danish town of Østerild, shortly after it was unveiled at the EWEA Offshore Trade Fair. With a rotor diameter of 154 meters, it has a 7 megawatt power rating. 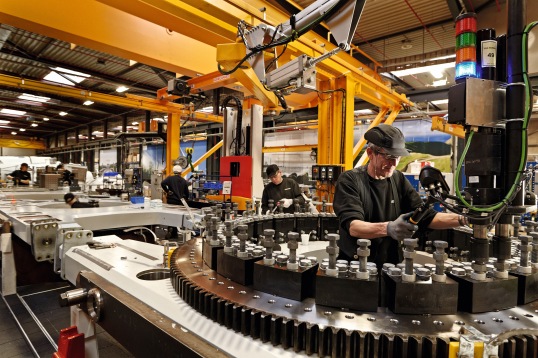 The naive thought is: electric cars have no exhaust, hence they are clean.

Electric cars drive on electricity, that is generated in power stations running on fossil fuel.

Richard Pike of the Royal Society of Chemistry provocatively determined that electric cars, if widely adopted, stood to lower Britain’s carbon dioxide emissions by just 2 percent, given the U.K.’s electricity sources. Last year, a U.S. Congressional Budget Office study found that electric car subsidies “will result in little or no reduction in the total gasoline use and greenhouse-gas emissions of the nation’s vehicle fleet over the next several years.”

Rather than powering your car, fossil fuel is used to power a generator in the power station. Next, the generated electricity is send down the wire to charge your battery. That charging-discharching cycle costs energy that wouldn’t be wasted if you would use fossil fuel to power your vehicle directly.

Theoretically, driving would be clean if the electricity would come from solar and wind. but that is not bound to happen any time soon. Not during the economic life span of your Prius.

[spectrum.ieee.org] – Unclean at Any Speed

2012 Dutch documentary. Alexander Oey traveled throughout the United States and filmed communities who are taking matters into their own hands. 50 of the 46 U.S. states are nearly bankrupt. Over 13 million Americans are unemployed. More than 49 million people live below the poverty line.

How was it able to come that far? People seek for their own Utopia outside the financial system and government. Are these communities the right path and solution? Has they found effective alternatives, while governments worldwide are heading to bankruptcy? 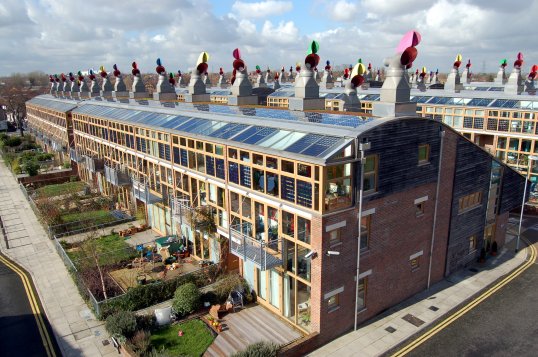 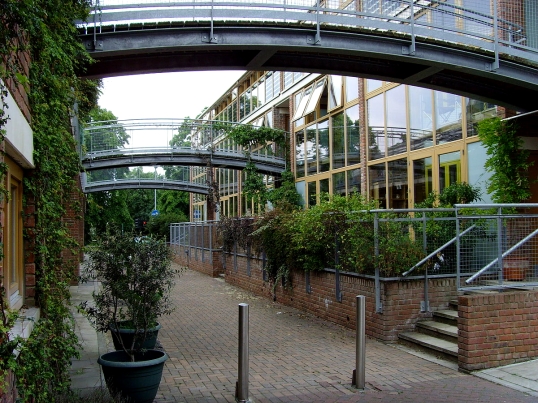 END_OF_DOCUMENT_TOKEN_TO_BE_REPLACED

Posted in UK and tagged architecture 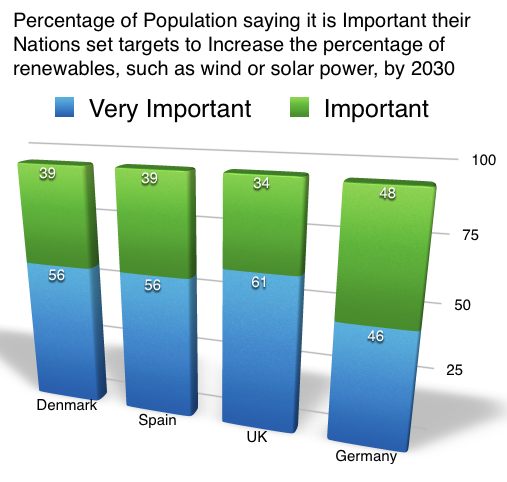 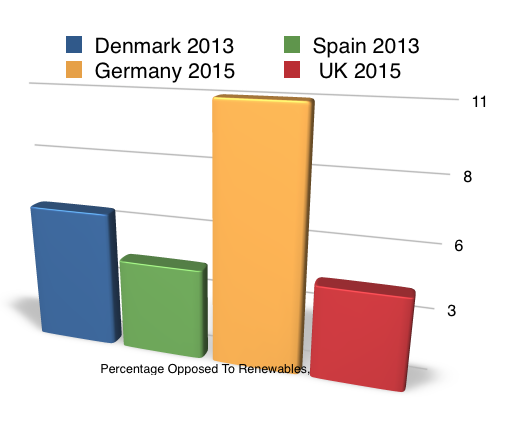 Not BMW, but an illustration of how fast an e-bike really can go.

100 kmh. With these kind of speeds, who needs a car for average commuting distances?