An artificial lake located near Huainan, Anhui, China, was used to install 40 MW worth of floating solar panels. The lake was a result of abandoned coal mining activities in the past. Advantages floating solar: cooling of the panels, no land use, which is important for overcrowded countries like China.

This vertical axis wind turbine structure of a helical Savonius type wind turbine. This is first own design in the world’s wind generator for the first and only in this concept. The turbine type is determined by the ideal where the annual average wind speed is low and application areas where space is limited by calculating the appropriate length and width of the turbine
Advantages of Wind Turbine.

• During operation, no sound and the noise.
• To take up less space vertically positioned, easily placed on roofs and gardens.
• Turbine structure is made of stainless steel with a lifetime guarantee and is highly durable.
• High wind speeds will continue to produce electricity even , horizontal turbines from 25 to 45 m / s is higher than the speed automatically to protect itself and generates electricity.
• No affected by sudden changes in wind direction – from all sides will use the wind to generate electricity.
• Electro – Series can be connected Wind , an apartment building , hotel or a factory that can produce enough electricity to meet the electricity needs.

The Maersk Connector is the next generation power cable installation vessel, specifically designed to transport and install large volumes of HVAC and HVDC power cable via its on-board 7000Te split capacity capacity duel concentric carousel. The vessel is available for the offshore interconnector and export cable markets, but can also work to the high standards demanded by the North Sea Oil and Gas Industry. 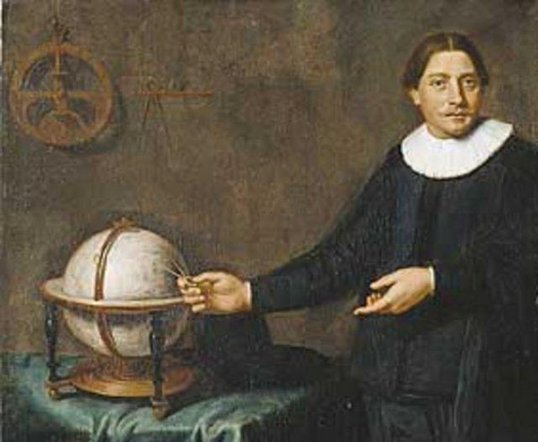 Speed record for an electric aircraft. Motor 50 kg and 260 kW, plane weight 1 ton. Top speed 340 kmh, flying a distance of 3 km on March 24, earlier this year.
Electric flying can be done more energy efficient than with flying on fuel.
Siemens believes that hybrid-technology offers the most promise: fuel for climbing and electricity for cruising. Siemens is cooperating with Airbus to get a proof of concept for a hybrid aircraft by 2020 for the short range: 100 passengers 1,000 km.

END_OF_DOCUMENT_TOKEN_TO_BE_REPLACED

The Seven Brothers – Europe Taking Lead in US Offshore

It looks like wind is going to play a major role in the energy generation of the 21st century, taking over from 20th century oil and that this time the rising industry will be dominated by European firms:

[nexusmedianews.com] – U.S. Offshore Wind Poised to Boom — for Europeans
[pri.org] – The US gets its first offshore wind farm, with a lot of help from Europe

Nuclear energy has a terrible image problem world-wide, certainly after Three Mile Island, Chernobyl and Fukushima, with perhaps more to come. Scientists have always pointed out that there is an alternative nuclear possibility, parallel to uranium and plutonium: thorium, with less or absent negative consequences.

[futurism.com] – Tech Developed During the Cold War Could Give Us Clean Power for Millions of Years

Europe is a front-runner in implementing renewable energy sources, but is lagging behind with producing essential electricity storage. This is about to change with Daimler’s planned new giant battery in Kamenz, Germany. Purpose: build batteries for 10 new Daimler EV-models, on the road by 2022. The plant will be carbon neutral, with a combined heat-and-power plant and solar power. The initiative is aimed at competing with Tesla. 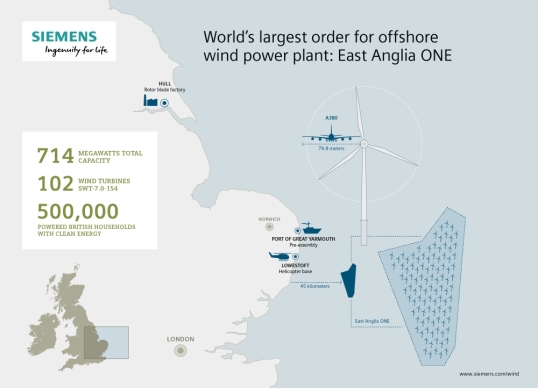 Van Oord has been awarded the contract for East Anglia ONE offshore windfarm by ScottishPower Renewables (part of the Iberdrola Group) for the transport and installation of 102 three-legged jacket foundations. This is the largest amount of three-legged foundations in a wind farm ever installed worldwide. The East Anglia ONE offshore windfarm is located in the southern North Sea, 45 kilometers southeast of the town of Lowestoft, United Kingdom. The offshore wind farm will have 102 Siemens 7 MW wind turbines, with a total capacity of 714 MW. Once operational in 2020, the offshore wind farm will deliver sustainable energy to 500,000 households.

Van Oord will be responsible for the logistics of all jacket foundations and piles, sourced from various suppliers, and the transport to the marshalling port of Flushing in The Netherlands. From there the foundations will be transported and installed with an installation vessel. The installation work is planned between half of April 2018 and the end of October 2018.

The Walney 367 MW 102 wind turbine wind farm is one of the largest offshore wind farms in the world today. The construction of an extension is now under way to be carried out by Dong Energy of Denmark, which will add new very large turbines: 40 8MW Vestas V164 for Phase 1 and 47 7MW Siemens gearless turbine for Phase 2. Together this will constitute 660 MW name plate capacity.

If you install the MarineTraffic app on your iOS device and add the Van Oord installation vessel Aeolus to your fleet of favorites, you will receive an email every 2-3 days, indicating that the Aeolus has arrived again in Belfast to pick up yet another load of four monopiles to be rammed into the floor of the Irish Sea. The turbines will be installed by the Seajacks Scylla.

Some of the ideas in the video in more detail below:

END_OF_DOCUMENT_TOKEN_TO_BE_REPLACED

The German built E-Ship 1 and commissioned by German wind turbine manufacturer Enercon, is intended to carry wind turbine parts. A particularity is that propulsion is partially realized by four vertical rotating cylinders, 27 meters tall and 4 meters in diameter, exploiting the so-called Magnus effect. This results in 25% fuel savings.

END_OF_DOCUMENT_TOKEN_TO_BE_REPLACED

How do Wind Turbines work ?

A wind farm is a group of wind turbines in the same location used to produce electricity. A large wind farm may consist of several hundred individual wind turbines and cover an extended area of hundreds of square miles, but the land between the turbines may be used for agricultural or other purposes. A wind farm can also be located offshore. 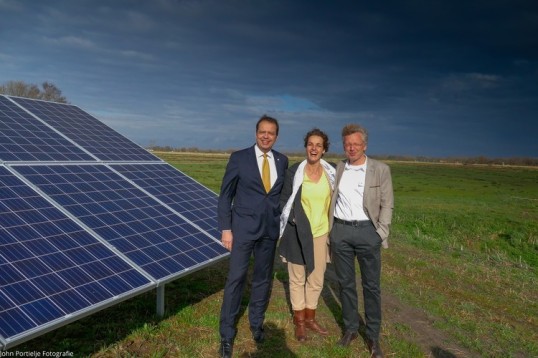 There is an alternative for choosing between buying kWh’s from your utility company, with a few % “green electricity added to the mix” or having solar panels on your own roof, namely running your own small energy company with a few hundred neighbors.

An example of this approach is “Zonneweide Bergen” (“solar meadow”) in Bergen in the Netherlands.

Precondition: you need to live in the ZIP-code area of the solar meadow.
At least 15 years energy tax reduction.
Capital: 20% private participants, 80% bank loan, to be paid back from kWh’s in 10 year.
Customer electricity: grid

Upshot: after 10 years the installation has paid itself back and the remaining 15+ years of free electricity are yours. It is a safe investment of 5-6%/year or more in case of increasing electricity prices.

Construction of the Largest Wind Farm in the Philippines

Interesting side note: the video also illustrates that once you have the proper offshore installation equipment, building an offshore wind farm is in fact easier than onshore.

Published on 8 jan. 2014 – China has embarked on the greatest push for renewable energy the world has ever seen. Turbine construction Reduced prices could make Chinese-made turbines more appealing to buyers abroad.