Prof Goodenough is no quitter

If I’d been out till quarter to three
Would you lock the door?
Will you still need me, will you still feed me
When I’m Ninety-four?

(Free after The Beatles)

Prof. Goodenough (94) doesn’t know when to stop. And why should he? Where mere mortals usually “live up” to this label at 94, prof Goodenough still soldiers on and has announced a battery breakthrough that could defeat the lithium-ion battery, nota bene his own brainchild.

His team has developed an all-solid-state battery cell and the expectation is that this could lead to safer, faster-charging, longer-lasting rechargeable batteries with three times higher energy density per unit of volume compared to lithium-ion, to be applied in mobile gadgets, e-vehicles as well as in utility-size electricity storage.

END_OF_DOCUMENT_TOKEN_TO_BE_REPLACED 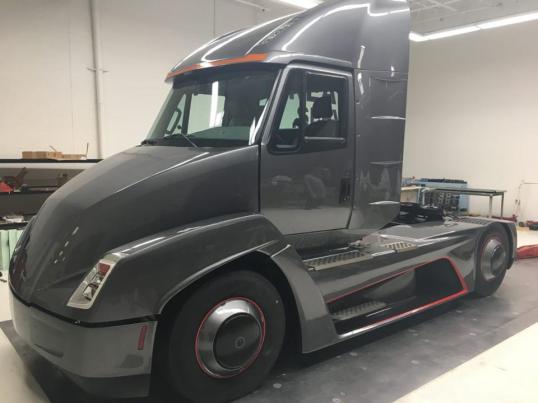 Eurobike is an international bicycle trade fair held annually since 1991 in the first week of September, on the grounds of Messe Friedrichshafen, one of the largest and most modern exhibition centres in Baden-Wuerttemberg, Germany. The bike show is open to trade visitors from Wednesday to Friday, and to trade and the general public on Saturday. According to organizers, 43,700 industry visitors from 97 countries and an additional 20,500 bike fans on public day, attended the show in 2012. This also included 1,889 journalists from 42 countries

END_OF_DOCUMENT_TOKEN_TO_BE_REPLACED

[twitter.com] – The number of electric cars on the world’s roads passed 2 million in 2016, having passed the 1 million mark in 2015

Hydro-power is still more than 50% of all installed renewable electricity. 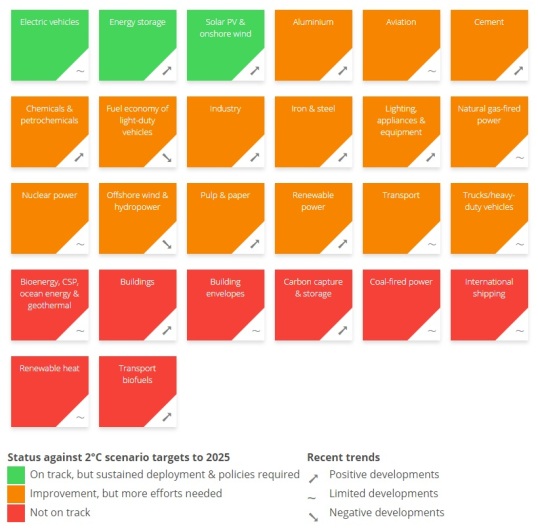 Is the world on track to meet the 2025 interim climate change targets?

Go to the original IEA tracker here for the details: 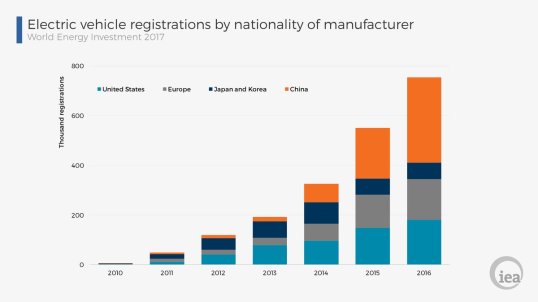 [twitter.com] – Nearly half of all EVs sold in 2016 were made by Chinese manufacturers, a big change from just two years earlier

[iea.org] – Global EV Outlook 2017 – Two million and counting
[twitter.com] – 80% of the electric cars on road worldwide are located in China, US, Japan, Norway and the Netherlands.

In a move that could be interpreted as a clear sign of confidence in its own renewable energy strategy, Denmark’s Maersk sold its oil and gas division A.P. Moller-Maersk A/S to French oil giant Total. Three months earlier the Danish company Dong Energy (Danish Oil and Natural Gas) sold its North Sea oil and gas production to German-based Ineos AG. Dong apparently wants to concentrate on its offshore wind core business.

Currently Denmark produces 40% of its electricity from renewable energy and plans to achieve more than 50% in 2020. Paradoxically Denmark would not be a major player in offshore wind without the experiences gained in offshore oil first. It looks like Shell is going down the same path.

A team of the Dutch national news NOS traveled to the northern tip of Canada (68 degrees Northern latitude), that is Fort McPherson, to report about the visible effects of climate change. Note that both men are dressed in shirts (18-20 degrees Celsius), the environment is surprisingly green and there is no snow or ice and instead lots of mosquitoes. In the old days winter temperatures of minus 30-40C were normal, nowadays minus 20C is the new normal.

END_OF_DOCUMENT_TOKEN_TO_BE_REPLACED

Dendrites are the enemy of Lithium-Ion batteries

Lithium-Ion batteries could be far more efficient, were it not that they need to be “sabotaged” on purpose, by “diluting” the cathode with graphene in order to prevent the growth of stalactite-like structures called dendrites on the cathode surface, see picture. Dendrites eventually cause the battery to fail, so this outgrowth needs to be prevented with comes at the cost of storage capacity up to a factor of 10.

Researchers at Drexel University, Tsinghua University in Beijing and Hauzhong University of Science and Technology in Wuhan, China have developed an approach to eliminate the need for graphene by working with nanosized diamonds added to the electrolyte inside the battery. This suppresses dendrite growth at least during the first 100 charge-discharge cycles.

END_OF_DOCUMENT_TOKEN_TO_BE_REPLACED

You can’t be a great power if you have no functioning efficient energy base. In the 20th century that #1 power was the United States and its oil-based economy. In the 19th century that #1 power was Britain and its coal and steam-engine. In the 17th century the #1 power was the Netherlands and its windmill-based economy. Thousands of windmills were used to pump water away to claim new land and sawmills produced the planks with which the Dutch could build a fleet of 30,000 ships, three times more than the rest of the world combined, used to set up a global empire and en passant to keep the English away.

The #1 reserve currency is a good indicator of geopolitical preeminence.

END_OF_DOCUMENT_TOKEN_TO_BE_REPLACED

Estonia is a country with small population of merely 1.3 million. Yet this nation is one of the global IT-frontrunners. Take their e-Estonia initiative:

e-Estonia refers to a movement by the government of Estonia to facilitate citizen interactions with the state through the use of electronic solutions. E-services created under this initiative include i-Voting, e-Tax Board, e-Business, e-Banking, e-Ticket, e-School, University via internet, the e-Governance Academy, as well as the release of several mobile applications

Side-walk robot, more energy-efficient than flying drones and certainly more efficient than driving your 1400 kg car to the supermarket

Breakthrough, pun intended. For the first time did a gastanker manager to plow itself a way through the ice of the North Pole alone, without the aid of an ice-breaker, to take the shortest route between Hammerfest in Norway and Boryeong in South Korea. The journey last 19 days, 30% shorter than the traditional route via the Suez Canal. 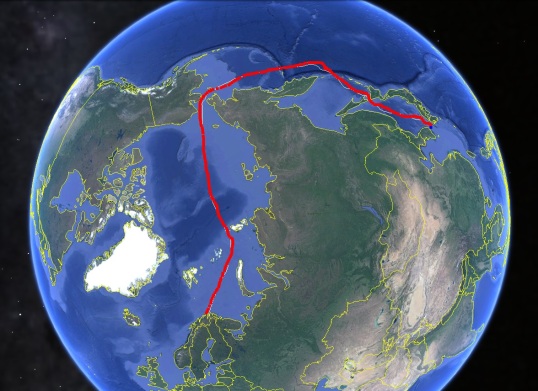 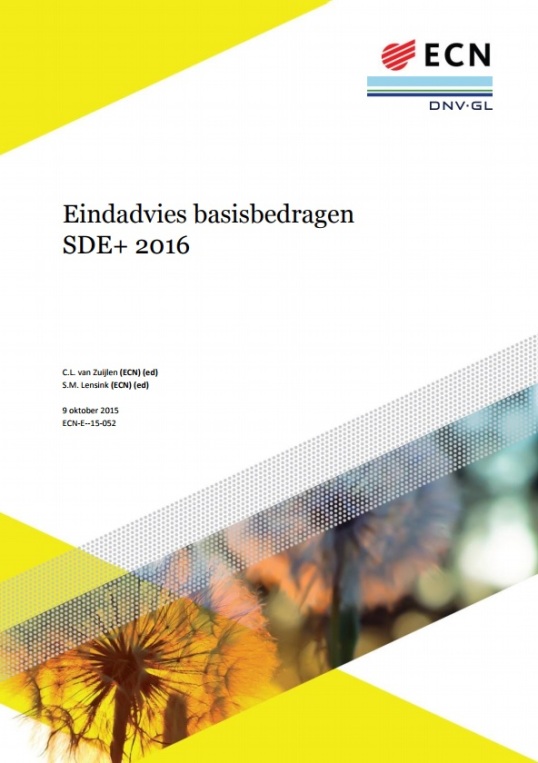 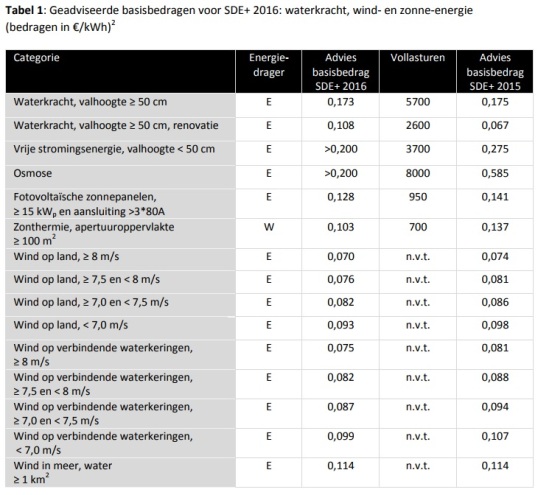