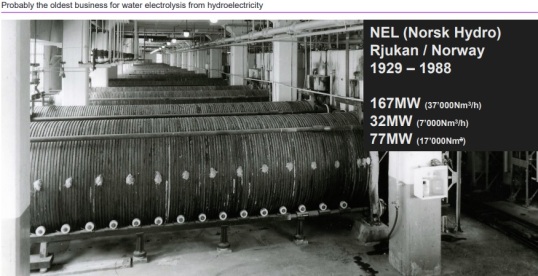 The historic hydrogen production facilities were much larger than existing ones, but that could change really fast. They were located in Norway because of the abundance of cheap hydro-power, combined with the scientific interest in heavy water for the nuclear industry and other more down-to-earth applications of industrial hydrogen. The main challenge is to improve efficiency from currently 80% into 9x%, reduce cost and increase output. All the signs are that the hydrogen economy could have a new lease on life.