Japan has issued a call for developers interested in building and operating a floating offshore wind farm off Goto City, Nagasaki Prefecture.

The US already has a small offshore wind park near Rhodes Island (“Block Island”, 5 turbines, 30 MW). This time, a small demonstration wind farm is being built in federal waters for the first time, by Orsted-Denmark and Jan de Nul-Belgium, 43km off the coast of Virginia Beach. 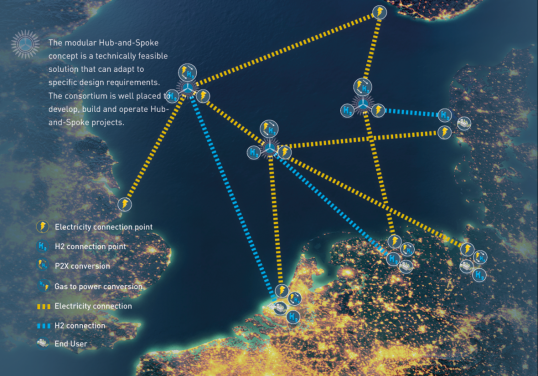 The Chinese have built artificial islands in the South China Sea for geopolitical/military reasons. The Europeans are about to build energy islands in the North Sea, to collect electricity from the North Sea, potentially turn it into hydrogen and distribute the renewable energy to consumers in the riparian states Netherlands, Germany, Denmark, Norway and Britain.

A consortium including three of the largest Danish pension and energy companies is ready to finance and operate the recently approved energy island in the Danish North Sea.

Feeding Society in a Ever hotter and Dryer Environment

Europe Could Face Oil Shortage in a Decade, Study Warns

The Netherlands is bombarded with adds like these 24-7. It looks like Europe has no choice but to become “fossil-free in one generation”

Good news for renewable energy enthusiasts. Like us. The renewable energy transition is a matter of necessity, not of choice in order to “save the climate”. The French climate think-tank “Shift Project” has evaluated data from Norwegian consultancy “Rystad Energy” and has come to the conclusion that both Russian (40% EU-supply) and African oil supplies (ditto 10%) are dwindling at a rate faster than the current speed of the transition in Europe can compensate for. Tough luck.

Perhaps Corona came at precisely the right moment, forcing EU-citizens to get used to a life-style without flying or driving a lot and to develop a way of working that is centered online, rather than the daily commute being an essential ingredient of business life.

Bring it on, these oil-shortages! Both oil-shortages and corona are external circumstances, enforcing policies that politicians could not push through on their own. Climate is the big winner, business not so much.

By 2022 UK’s Highview Power hopes to complete the construction of the world’s largest liquid air battery, with a storage capacity of up to 250 MWh. Price tag: € 94 mln. Expected lifetime: 30-40 years. Boiling point air: -192 C°. Cryogenic storage of liquefied gasses is mature, proven technology and so is recovering electricity from expanding air in turbines. Round-trip efficiency is between batteries and hydrogen. Technology bottleneck: low temperature of the expanding air, which freezes the turbines. To solve that problem, residual heat is required from an external industrial source. The company claims a stand-alone efficiency of 60% or 70% with a free additional source of waste heat.

Gigastack is a 5 MW UK demonstration project with the aim to scale-up hydrogen production via electrolysis, up from the current electrolysers of 0.67 MW:

Gigastack will demonstrate the delivery of bulk, low-cost and zero-carbon hydrogen through ITM Power’s gigawatt scale polymer electrolyte membrane (PEM) electrolysers, manufactured in the UK. The project aims to dramatically reduce the cost of electrolytic hydrogen. This funding will enable ITM Power to work towards developing a system that uses electricity from Orsted’s Hornsea Two offshore wind farm to generate renewable hydrogen for the Phillips 66 Humber Refinery. The company will also develop further plans for large scale production of electrolysers.

Later this year, ITM hopes to complete a 10 MW project for a Shell refinery in Germany.

The current favored approach to large-scale storing of renewable electricity is feeding the electric energy to a separate electrolyzer. There are however photoelectrochemical (PEC) hydrogen generation technologies, that convert solar radiation into hydrogen in a more direct fashion. 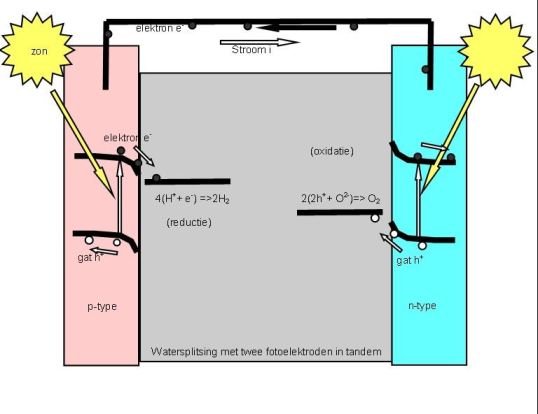 When the term “borohydride” is dropped, we’ll sit on the edge of our chair. Reason, see our DeepResource links below. In our view, borohydride could be the most promising hydrogen game-changing storage method. Researchers in the US managed to construct a fuel cell based on borohydride with 2.4 times the power of a regular H2-fuel cell. The advantage of borohydride over pure hydrogen is that with the former there is no need for high pressures; instead you work with a “yogurt-like” fluid. With this new result, the size of the fuel cell can be reduced considerably.

END_OF_DOCUMENT_TOKEN_TO_BE_REPLACED

Shipping is a major source of pollution and greenhouse gas emissions (2.2% globally) and hence a candidate for urgent decarbonisation. Alternatives: hydrogen or ammonia (NH3). Samsung and MAN are combining forces to build a prototype engine by 2024.

Putting solar panels on your roof of your home is all the rage these days. Then why not put them on the roof of your e-vehicle as well, as they already have a battery to store the yield? Pioneer and Dutch startup Lightyear has presented the “Lightyear One” (see video above) that does just that and apparently has attracted the attention of two major car manufacturers.

Under optimal solar conditions, a Lightyear One can drive ca. 35 miles/day or 12,775 miles annually on solar alone, without the need to plugin. That’s the average commuting distance in many developed countries.

Earlier this year, Lightyear announced a follow-up car that will be considerable cheaper than the initial model; think 50,000 euro. The first model will hit the markets next year at a price of ca. 150,000 euro.

Shell Netherlands president-director Marjan van Loon says that the renewable energy transition in the Netherlands isn’t going fast enough, quite a statement for a CEO of a global oil & gas giant. But it is not that surprising if you know that of all the Seven Sisters, Royal Dutch Shell is best placed to survive the transition and remain an energy company with global reach.

Cycling in the Netherlands

No country is better suited for mass personal transport by bicycle than the Netherlands. The country is flat, the climate temperate, distances short, the country densely populated, some would say overpopulated, as the 17 million country has a “club of 10 million“, the name of which says it all (hopefully with peaceful means). The country has an average daily commuting distance (back and forth) of 34 km, which could be bridged by an e-bike and healthy owner, which btw would eliminate the need to go to a gym.

Bicycle road density Europe. That “red country” is the Netherlands.

But since the country is so densely populated and suffering from permanent traffic congestion, it pays to invest in good bicycle road infrastructure, because it is so heavily used. In the Netherlands getting somewhere below 10 km is done often faster by bike than by car or public transport, certainly in the city.

The videos below are borrowed from a Canadian who moved to the Netherlands and has an open eye for infrastructure, public transport and biking:

END_OF_DOCUMENT_TOKEN_TO_BE_REPLACED

And as always, the world will be saddled with nuclear waste for a long time to come. And with the prevailing SW-winds, a nuclear disaster a la Fukushima would expose a densely populated Midlands and millions of people.

There is however a grey-green way to produce hydrogen from hydrocarbons, without CO2-emissions.

The national research institute TNO in the Netherlands harbors the largest hydrogen R&D facility in Europe. They are working on a method called methane-pyrolysis that does just that. The end-products are hydrogen and carbon.

China Intends to Build Solar Power Station in Space by 2025