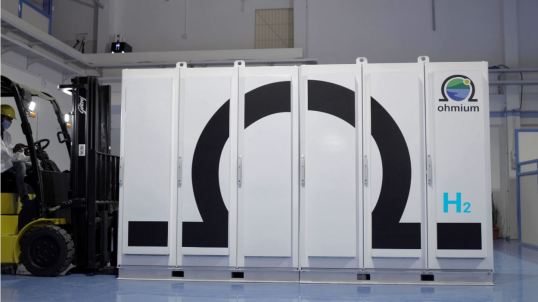 US-based electrolyser maker Ohmium will be able to produce green hydrogen in India at a levelised cost of $1 by 2025, its chairman Ahmad Chatila told Indian business newspaper The Economic Times. “We have a roadmap to continuously improve the performance of our systems and reduce the levelised cost of hydrogen to $1 per kg by 2025,” he said. “This will be our cost in India utilising the government’s proposed policies like dollar-denominated renewable and hydrogen contracts, concessional transmission of renewable for green hydrogen generation, banking of renewable power, etc.”

1 kg hydrogen = 33 kWh.
This would mean 3 $-cent per kWh.
Consultancy Wood Mackenzie had recently claimed that hydrogen would arrive at $1/kg in 2030.

If this materializes, any energy problems the planet might have would be solved once and for all. It also would provide good economic opportunities for poor but sun lite countries to finally escape poverty. Oil and gas companies would melt and evaporate like snow in the Sahara, and their fate would be sealed by 2030.