Archive for the category “hydro”

Changlongshan hydropower station, the largest pumped storage power station in eastern China, has been put into full operation on June 30. It has six 350,000 kW pumped-storage units with a total capacity of 2.1 million kW. It will add an average of 2.435 billion kilowatt-hours of electricity to the grid each year during peak hours. Changlongshan hydropower station is the highest-rated head pumping storage power station in China. The rated speed of units 5 and 6 is 600 RPM, the highest pumped storage unit in the world at this capacity level.

The amount of electricity that can be stored thanks to the new pumped-storage and turbine power station in Nant de Drance, canton Valais, could charge more than 400,000 electric car batteries. Its director explains the role of this “water battery” for electricity supply and grid stabilisation in Switzerland and Europe.

“The electric storage capacity of the reservoir surpasses that of 400,000 electric car batteries,” explains Alain Sauthier, engineer and director of the Nant de Drance pumped-storage hydroelectric plant, pointing towards the Vieux Emosson reservoir. This artificial lake was built in 1955 in the municipality of Finhaut, high in the Alps of the Swiss canton of Valais.

Between 2012 and 2016, the height of the Vieux Emosson dam was raised by some 20 metres to increase the reservoir’s capacity and thus store more energy, the plant’s director details.

“In the future, it will be increasingly necessary to store large amounts of electricity, as renewable sources gradually replace nuclear and fossil energy.” However, as he points out, solar and wind power are volatile sources that do not necessarily generate electricity when it is needed. This is why systems such as this one are so important, to be able to store energy and keep the grid stable. (swissinfo.ch)

Fertiglobe, the chemicals joint venture by Netherlands-listed OCI and Adnoc, selected Plug Power to build a 100-megawatt electrolyser to produce green hydrogen that will be used in ammonia production in Egypt. Fertiglobe is developing the plant in Ain Sokhna with partners Scatec, Orascom Construction and The Sovereign Fund of Egypt. Orascom Construction joined the consortium on Wednesday to develop Egypt’s first green hydrogen project. The plant will produce up to 90,000 tonnes of green ammonia. The chemical compound is an easily transportable form of hydrogen, which serves as an alternative fuel in the transport sector, as well as in decarbonising the grid in Japan.

Egypt has a lot of sun, wind and cheap labor and a fairly stable government. Ideal preconditions to set up an ammonia-production facility, providing feedstock for the world’s largest nitrogen platform Fertiglobe, especially in the light of skyrocketing fossil fuel prices. Once completed, this will be the world’s largest green hydrogen facility… but not for long. Won’t be long until multi-GW hydrogen projects will not only be announced, but implemented for real.

Fertiglobe is the world’s largest export-focused nitrogen fertilizer platform and the largest producer in the Middle East and North Africa with a combined production capacity of 6.5 million tons of urea and merchant ammonia. (OCI)

Project implementation details: Scatec of Norway will oversee the project and is majority stake-holder. Dutch OCI will buy up the ammonia produce for its fertilizer business. US Plug Power will provide the fuel cells for the electrolyser.

END_OF_DOCUMENT_TOKEN_TO_BE_REPLACED

The Baihetan Dam is a large hydroelectric dam on the Jinsha River, an upper stretch of the Yangtze River in Sichuan and Yunnan provinces, in the southwest of China. The dam is a 277 m tall double-curvature arch dam with a crest elevation of 827 m, and a width of 72 m at the base and 13 m at the crest. It is considered the last large hydropower project in China to be completed since a series of projects starting with the Three Gorges Dam, the third largest dam in China and the fourth in the world, in terms of dam volume. The facility will generate power by utilizing 16 turbines, each with a generating capacity of 1,000 MW, taking the generating capacity to 16,000 MW. In terms of generating capacity, it will be the second largest hydroelectric power plant in the world, after the Three Gorges Dam.

The new hydropower station will be fully operational by the end of 2022.

German engineering at its finest. A pumped-hydro power rotor, generating as much energy as 70 Boeing Jumbo’s: 90 MW. Langenprozelten has two generators and 180 MW/950 MWh total capacity.

Langenprozelten pumped-hydro basin from the air. The small lake is not too intrusive in the landscape. Perfect solution for 5-hour storage. The storage is used to support the railway system.

END_OF_DOCUMENT_TOKEN_TO_BE_REPLACED

The Truth About Pumped Hydro

END_OF_DOCUMENT_TOKEN_TO_BE_REPLACED

A new study points at the great potential for pumped hydro storage in the Scottish Highlands. 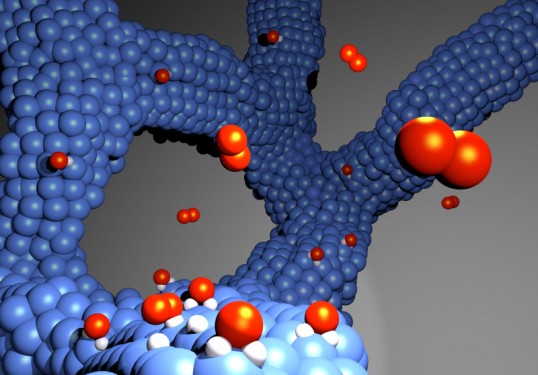 Danish and Swiss researchers have developed a method to construct fuel cells with less platinum and lower its cost. The new catalyst consists of a weave of platinum and cobalt, that has a higher chemical activity per unit of platinum. As a side-effect, fuel cells can operate at higher temperatures. The amount of platinum per car can in principle be reduced from 30-50 gram down to 5 gram.

But it is too early to announce a breakthrough. The technology has yet to prove it can work in heavy duty practice, outside laboratory conditions.

Ethiopia (109 million) is building a giant dam in the Nile River, the Grand Ethiopian Renaissance Dam (GERD, 6 GW, 16,153 GWh/year), but Egypt (100 million) is not amused and fears for its water supply and wants a say in how quickly the upstream reservoir will be filled and the water release pattern. Ethiopia intends to begin filling the reservoir as of mid July. Down-stream Sudan also worries about the dam.

The dam will supply electricity, not just to entire Ethiopia, but also to neighboring states. the economic impact will be huge. The Nile in Sudan and Egypt is fed by the Blue Nile coming from Ethiopia (average 1,548 m3/s) and the White Nile from South-Sudan (average 878 m3/s). White and Blue Nile come together in Khartoum, the capital of Sudan.

When completed, the dam will have a height of 155 m. The lowest point is currently 60 m. On the plus side does Egypt have itself the large Aswan dam, with a considerable reservoir.

Master thesis of Lucas de Vilder (2017), Technical University Delft in the Netherlands, exploring the possibility of a large scale inverse pumped hydro storage facility in the middle of the North Sea at the Dutch part of the Doggerbank. The idea is to build a ring dike of typically 40 meter high for pumped hydro energy storage purpose. The facility would be “inverse”, meaning that the dike would hardly be elevated above sea level. The required altitude difference between sea level and reservoir level is achieved by digging a deep basin rather than building a high dike.

Spoiler: For a preferred 25GWh storage capacity and 2.65GW of installed power the LCOS may vary from 68.2€/MWh to 19.0€/MWh of which 40€/MWh is found the most realistic. At an average Dutch power consumption of 13 GW, the storage facility would contain the equivalent of 2 hours of Dutch electricity consumption and could be released in 10 hours. The cost would be 3-18 times lower per unit of energy compared to batteries and power-to-gas.

A US study has shown that with 4-8 hours of storage you can cover 55% renewable energy. Let’s assume 6 hours. 13 GW average Dutch power means that 6 hours correspond to 6 hours x 13 GW = 78 GWh. In a graph below it is claimed that the cost of a 80 GWh storage is ca. 4 billion euro. For a country like Holland with an expected GDP of 888 billion euro in 2019 and public debt below 60%, that is absolutely doable. With such a storage in place, the Netherlands can roll out its intended 2 x 7 GW monster offshore wind projects “with two fingers in the nose” and buy a decade or so time to wait for longer duration storage solutions to emerge, most likely hydrogen or derivative ammonia. 80% or more efficiency at electrolysis of steam, rather than water, has already been realized. 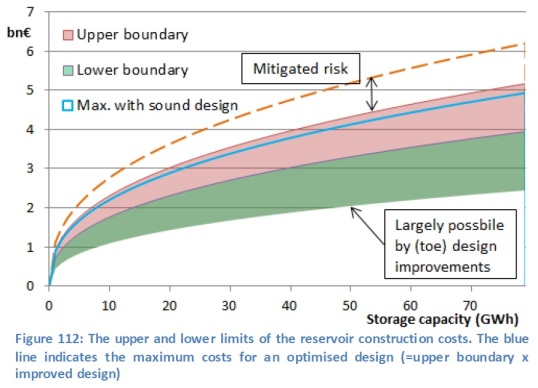 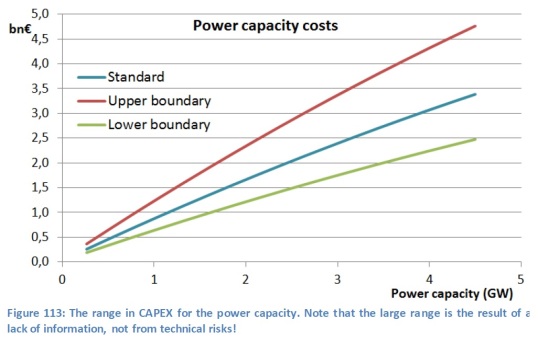 END_OF_DOCUMENT_TOKEN_TO_BE_REPLACED

The largest pumped hydro storage power stations near the Netherlands: