Archive for the tag “Netherlands”

Until recently the Dutch public was not aware of the fact that The Netherlands harbored a true volcano on it’s territory, or rather under its territory, at a depth of 2 km, which explains this seemingly remarkable geographical ignorance.

This could change though as plans have emerged to use geothermal energy from the volcano, at a temperature of 140 degrees Celcius, 30 dgrees more than usual at those depths, to provide energy for the nearby island of Terschelling.

According to the plan, Terschelling is to become independent of gas and electricity from the mainland by 2020.

[source]
55 Dutch professors signed a manifesto against application of shale gas in the Netherlands. From an environmental point of view there are only disadvantages and commercial advantages are questionable. According to the signatories shale is a hype, not interesting for Europe and certainly not for the Netherlands. To begin with, shale gas can only be found on much greater depths than in the US. Shale gas reserves in Europe are mainly located in Poland and France, 3.5 trillion m3 each (together 30% of US reserves). In contrast to the US, the soil is property of the state. In the US a farmer is approached with a financial incentive to give drillers access to his land. In Europe environmental regulations are much more strict than in the US, making shale gas exploitation less profitable. Shale gas exploration involves a highly toxic brew of benzene, mercury, arsenic and radon, that easily could end up in the ground water. For this reason France has forbidden shale gas and Poland seems to give up as well after disappointing results. For Holland it could mean that ecological damage will outweigh financial gains. The conclusion is that the Netherlands should concentrate on 16% target of renewable energy in 2020. That will be difficult enough.

END_OF_DOCUMENT_TOKEN_TO_BE_REPLACED

[source]
The Dutch government recently allocated 11 areas for large windparks. In 2020, that is merely seven years from now, 6 GW new wind power capacity needs to be installed. In 2009, 25 GW conventional capacity was installed in total. By 2050 electricity needs to generated renewable for 100%. In European perspective, the Netherlands are still a backwater when it comes to the application of renewable energy, which can be explained by large natural gas reserves, now rapidly depleting, and the presence of Royal Dutch Shell. 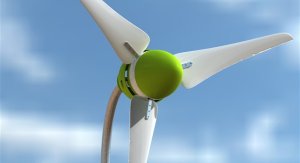 [source]
Windchallenge, another small windturbine for the built environment, originating from the Netherlands. Weight 10 kg, 1.7 m diameter, price ca. 4500 euro all in. Intended for business customer, for ‘communication purposes’. Market introduction march 2013. Direct connection to the grid. Overload protection by turning the blades.

Shale Gas In The Netherlands

[source][pdf with detailed map]
The Netherlands is a natural gas country. Nearly all 7.1 million homes are connected to the natural gas grid, that to a large extent is being fed by a giant gas field near Slochteren, discovered July 22, 1959. Original total content was ca. 2.8 trillion m3 or 96 trillion ft3. By 2008 these reserves had decreased to 1.1 trillion m3. It will not be long before the impending end of Slochteren will make itself felt, energetical… and economical, as the original amount of gas represented 1.5 trillion euro against present day consumer prices. So what’s next… shale gas? Much is unclear about the potential of shale gas/oil in the Netherlands.

[energiepodium.nl] – August 19, 2011: shale gas reserves in The Netherlands range from a few hundred to 3000 billion m3. A lot of questions arose after the documentary Gasland was released. Frank de Boer, director of Cuadrilla Resources acknowledges that a lot went wrong in the US but that that is not bound to happen in the Netherlands.

[energeia.nl] – British company Cuadrilla wants to carry out probe drilling in Boxtel but meets fierce local resistance. The status as of September 2012 is that Cuadrilla still needs to wait for the results of a study by the Dutch government.

END_OF_DOCUMENT_TOKEN_TO_BE_REPLACED

[source]
The Dutch government decided to accelerate the application of windenergy from currently 2 GW to 6 GW by 2020. Most turbines will be located in Flevoland and coastal regions, mostly Groningen and Zuid-Holland. 16% of the electricityproduction should be renewable in 2020. The current capacity of 2 GW is realized by ca. 2000 turbines.

In related news, two ‘superturbines‘ of 6.15 MW each and 177 m height, are to be build in the Eemshaven for testing purposes in preparation for a German offshore windpark.

[Dutch language video] Peter Meijers, director of IBC Solar, does a simple calculation, showing that a solar installation on a roof, directed towards the south, in a weatherwise relatively grey country like the Netherlands, already pays off handsomely. A Kwh from the grid in the Netherlands costs 0.23 euro. Based on a 20 year lifetime, solar panels can produce electricity for merely 0.13 euro. Meijers stresses that in 2011 prices for solar panels have come down with 30%. A typical installation cost 2260 euro (that’s an Apple MacBook Pro MD104N/A 15 inch). Meijers does not expect that prices will come down much more in the coming years. This calculation shows that at least for private households in countries like the Netherlands, the energy transition still could be smooth and that the installation of solar panels could be compared with the invasion of the personal computers in nearly all Dutch households over the past twenty years.

English spoken Dutch documentary about the rise of solar power.

English spoken from 0:22. Expected to be on the market in three years. Development driven by the Technical University Delft in The Netherlands under the aegis of Dutch former astronaut Wubbo Ockels.