Archive for the category “United Nations” 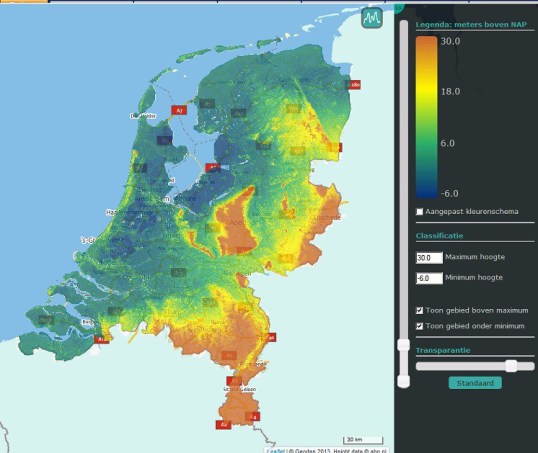 [source] From the Netherlands (what’s in a name?): it was nice to have known you all.

Global sea levels could rise by two metres (6.5 feet) and displace tens of millions of people by the end of the century, according to new projections that double the UN’s benchmark estimates. The vast ice sheets of Greenland and Antarctica contain enough frozen water to lift the world’s oceans dozens of metres. The expansion of water as oceans warm also contributes to sea level rise.

But predicting the rates at which they will melt as the planet heats is notoriously tricky.

The United Nations’ Intergovernmental Panel on Climate Change (IPCC) said its 2013 Fifth Assessment Report that under current emissions trajectories—a “business-as-usual” scenario known as RCP8.5—would likely rise by up to one metre by 2100.

That prediction has since been viewed as conservative, as the levels of planet-warming greenhouse gas emissions continue to rise year on year, and satellites showing accelerated rates of melt-off from massive ice sheets atop Antarctica and Greenland.

A group of the world’s leading ice scientists this week released a expert judgement on the situation, drawing on their own experience and observations.

While there was still a significant margin of error, they found it “plausible” that under the business-as-usual emissions scenario, sea-level rises could exceed two metres by 2100.